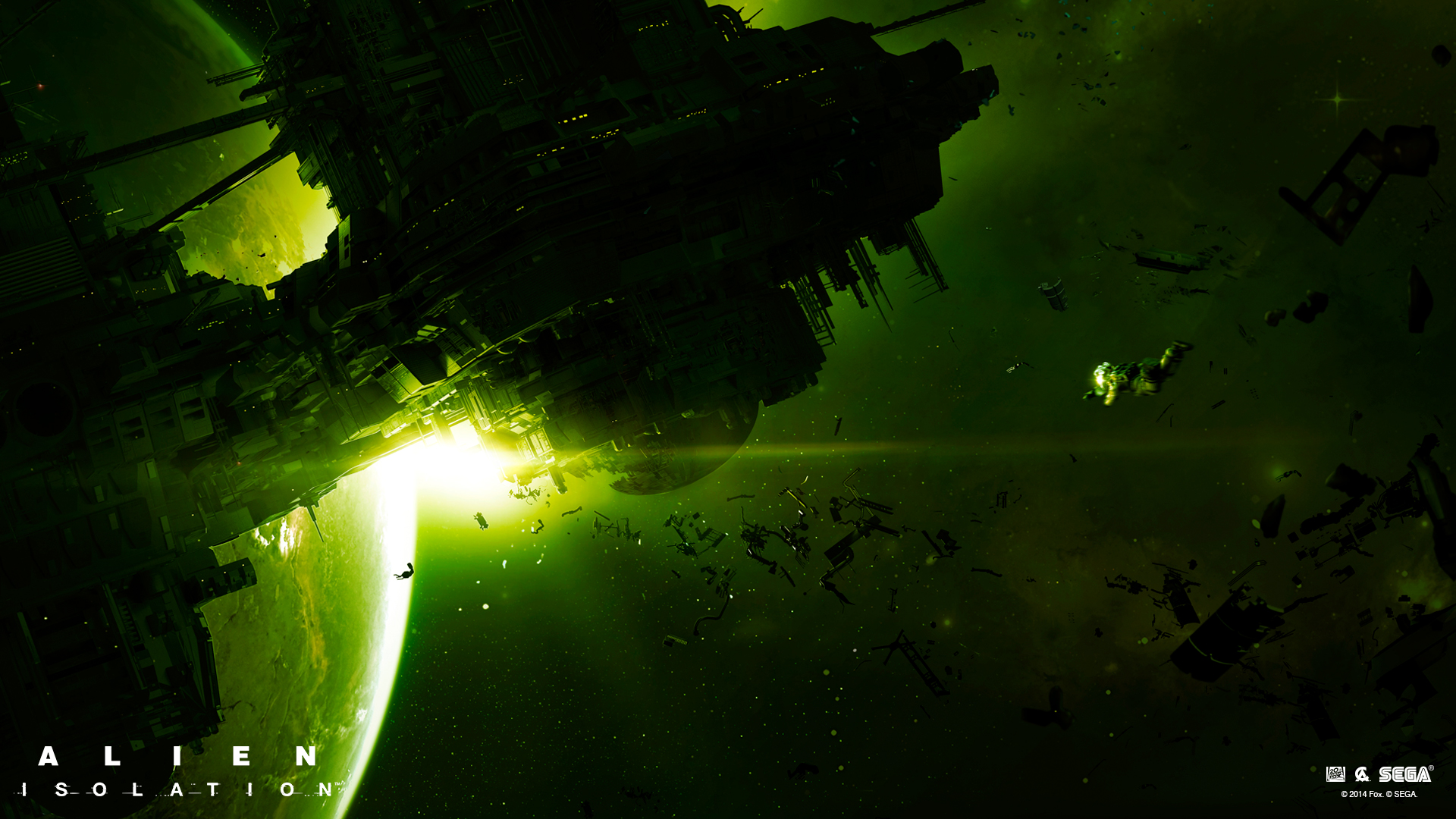 On October 7th 2014 the game I have been animating on for 3 and a half years, Alien Isolation, was officially released on XBox360, XBoxOne, PS3, PS4 and PC. Overall it’s gone down a storm, which is great  obviously! But even more pleasingly  and most importantly for me is that user reviews are generally positive as well.

Now whilst I’m very….very…late in announcing this on here, it has at least given me time to go through, take in and reflect on the multiple reviews, playthroughs, clips and comments on the game so far. I’ve particularly enjoyed some of the fan created art. A few favourites of mine so far being the captured and enhanced images by Dead End Thrills and just recently someone passed on this collection on Flickr by a user called de:mo. Making an already beautiful game(hats off the the engine team and artists) look even prettier 🙂

Also enjoyed @ultrabrillaint ‘s two ‘other places’ videos featuring Sevastopol and the Nostromo. It’s really flattering when people go to these lengths to create stuff like this, so thanks to everyone that has. There have been lots of articles written about the game, but my fav is probably this ‘Why Alien Isolation deserves to be as influential as the movies’. That is very high praise indeed.

I had the great honour of animating the Alien for most of my time on A:I. I was surrounded by a lot of talented people on this project  and I hope players have enjoyed pitting themselves against the Alien we have created, I certainly had fun animating it! I’m currently going through my work and should have some stuff up on here soon. Mind you there is plenty of stuff out there already, go watch Amanda get killed by an Alien on YouTube, that would be my doing 😛

Oh and I’ll try to keep this site up to date this year……..